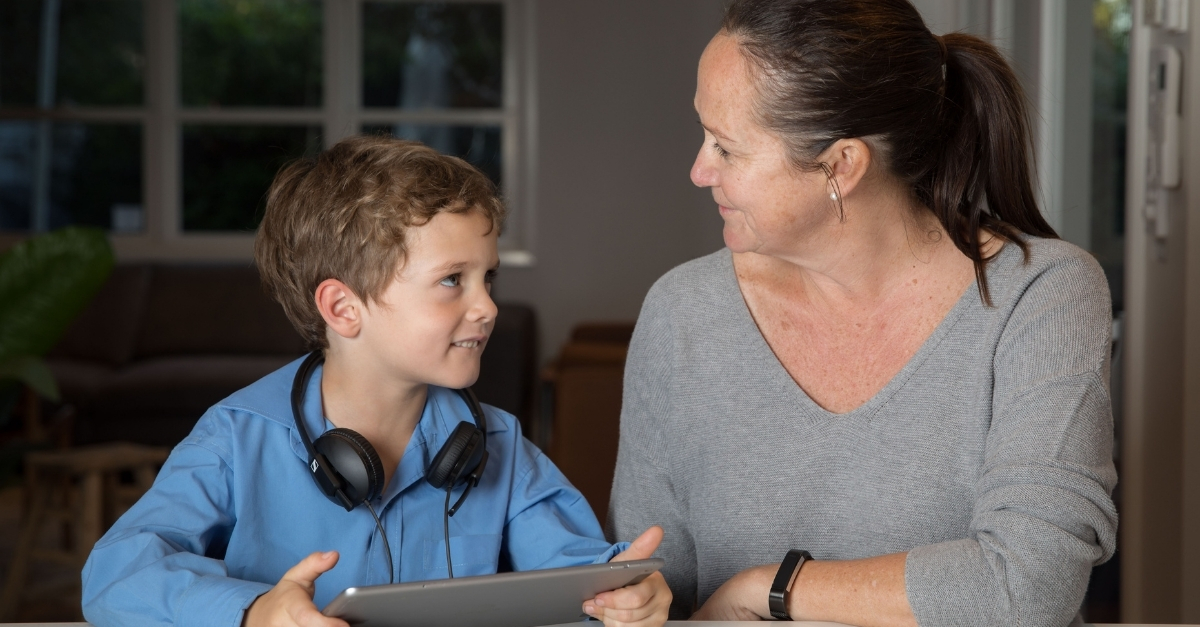 If you were asked to recall specific events in the days after giving birth, you’d probably have a tough time. The intense mix of overwhelming joy and exhaustion cloud the details, but it’s likely you remember feeling relief when your baby passed the newborn hearing test. Then, like most parents, you probably haven’t given their hearing another thought.

If you haven’t had your child’s hearing checked since those early days, it’s time to do so. Hearing loss can happen at any time and the signs are not always obvious. The impact can be significant, so the sooner issues are detected, the better chance a child has of living a normal life.

There are two main types of hearing loss. Conductive hearing loss occurs when something interferes with sound travelling to the inner ear. Usually temporary, it’s often caused by fluid from middle ear infections but can also result from ear wax build-up or a foreign object lodged in the ear canal.

It’s estimated that around four out of five children will experience a middle ear infection at least once. Hearing loss can occur even after symptoms resolve because fluid can remain in the ear. Months can pass before parents suspect a problem and a child may miss important information that can influence language and speech development.

Sensorineural hearing loss results from damage to the inner ear and is permanent. It’s often present from birth but can also be acquired through exposure to loud noise, some medicines, some viral infections, and head injuries. It exists on a spectrum, ranging from mild to profound, and hearing aids or cochlear implants can help in most cases.

Clinical Coach at Hearing Australia, Karin Gillies, says that regardless of whether your newborn passed the hearing test, children should be tested again prior to starting school.

Gillies says children may also have had a mild hearing loss picked up early, which didn’t require hearing aids at the time, but once they get to school it becomes more of an issue.

“The listening situation won’t be as challenging at home as in the classroom, where you’ve got twenty-five to thirty kids… it’s much noisier and people are talking to them from a greater distance away,” says Gillies.

According to Gillies, children can also develop coping strategies that mask their hearing loss. “They might be a bit more visually alert, so watching people’s faces, seeing what other people are doing, and respond to that,” she says.

Stephen Parry understands how difficult hearing issues can be to spot. His 11-year old son, Aidan, was diagnosed with profound high-frequency hearing loss when he was eight. Sound Scouts was instrumental in detecting it.

Aidan can’t hear sounds once they hit a certain frequency, such as birds singing and some parts of speech like the sounds ‘s’ or ‘th’ or ‘f’. “He’s potentially been doing a lot in his life only hearing 80 percent of stuff that’s going on and then winging the rest of it,” says Stephen. “He went through a lot of saying ‘What?’ or ‘Pardon?’ and I guess as kids grow up you kind of think, can they hear me or is he just ignoring me?”

Reports from school indicated that Aidan struggled in groups, which resulted in him appearing socially awkward. In hindsight, Stephen realises it was due to Aidan not understanding everything that was going on around him. “When they’re at home, there’s a different dynamic… you just normalise behaviour because you just see it all the time,” he says.

Before Aidan’s diagnosis, Stephen had no idea that this type of hearing loss existed. “I thought hearing loss was you just lose your hearing. I didn’t realise that it was a frequency loss at a certain range… it wasn’t something that I’d been exposed to,” he says.

It’s definitely been a life-changing thing for us all.

Aidan now wears hearing aids and gets support at school, both of which are free through Hearing Australia.

“As a parent it’s just been really good to understand what he’s going through because it’s your kids, right? You want the best for them… to give him that support he needs as opposed to thinking he’s just being difficult and not listening to you,” says Stephen.

Make sure you’re on top of your child’s hearing by downloading the free, clinically-proven, and government-funded Sound Scouts app now.

Sound Scouts is now FREE for Australian school children thanks to Hearing Australia and funding from the Australian Government. Support available on 1300 424 122