Lauren’s daughter, Laila, wasn’t diagnosed with hearing loss until she was halfway through kindergarten. And it wasn’t due to a lack of testing. Unfortunately, multiple technicians advised Lauren that her daughter’s lack of response to sound was from a behavioural issue, not a hearing loss! It wasn’t until Laila’s first teacher and dance instructor insisted that something was wrong with her listening that Laila’s hearing loss was properly diagnosed. 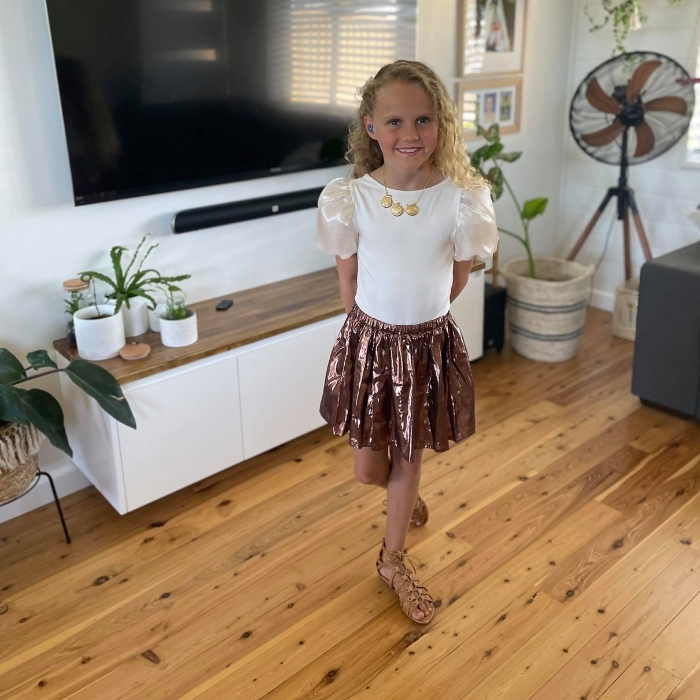 A speech pathologist and Laila's dance teacher noticed Laila may have been suffering from an underlying hearing loss.

Laila’s story starts at the very beginning when she failed the newborn hearing test. Unfortunately, Lauren was told by the technician that the failure was due to her daughter’s late arrival. Lauren was sent home with her newborn, and given no further information on the need for a follow-up test. “At the time, I didn’t think anything of it”.

As she grew, Lauren noticed some differences between Laila and her older brother. Laila was much harder to settle than her brother. She didn’t respond to certain noises, and Lauren could go about her daily tasks like vacuuming and phone calls without waking Laila from her sleep. By the time Laila was 2, Lauren began to really notice her failure to respond to sounds.

Lauren’s grandmother was hearing impaired which meant that Lauren could recognise some of the mannerisms and behaviours in her daughter that come with a hearing impairment. Seeing these signs prompted Lauren to book an appointment at the local public hospital’s outpatient clinic. Laila again failed the hearing test, and Lauren was advised by the technician that it was “likely due to a learning disability, the child had trouble concentrating”.

12 months later and a retest was completed with almost identical results to the first. Laila was referred to see a behavioural therapist who reassured Lauren that her bubbly and active 4-year-old was, in fact, learning at an appropriate level for her age. Suggesting no hearing impairment, Laila was referred to a speech therapist for her speech delays. Finally, the speech therapist identified a hearing loss and recommended Laila see Hearing Australia.

She couldn’t watch TV without the sound turned right up, she wouldn’t respond to certain noises or to people talking to her if they weren’t facing her, she had started concentrating harder on the mouths of those speaking — it turns out she is a master lip reader

Laila’s school teacher and her dance instructor also prompted Lauren to investigate Laila’s hearing loss, which they had both noticed. Laila was finally confirmed to have mild hearing loss. Lauren recalls, “When we could hear the sounds being omitted and she was not reacting, it was both heart-wrenching and overwhelmingly relieving.” Lauren decided to have the whole family tested at Hearing Australia to ensure no one else had a hearing loss that was going undetected. 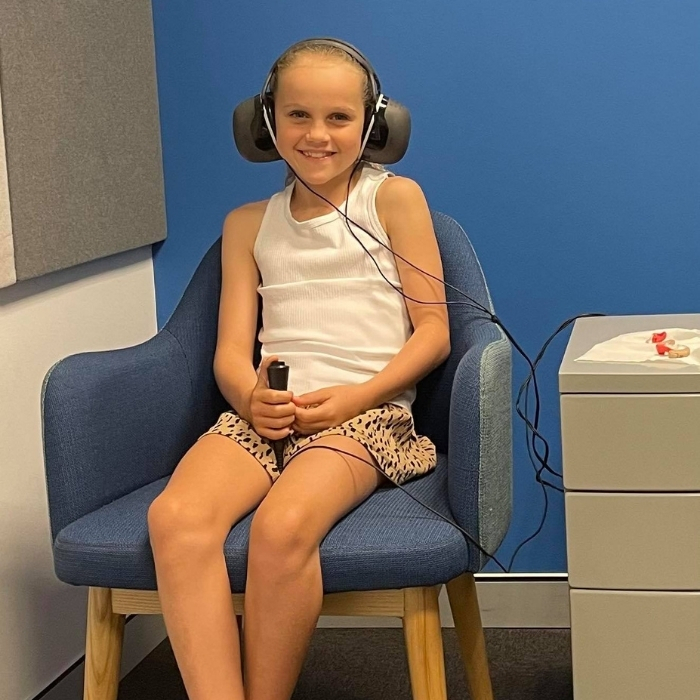 Laila getting her hearing tested

After Laila was fitted with hearing aids, Lauren immediately saw changes in her daughter and her daughter commented on many of the sounds we take for granted.

Unfortunately, even despite her hearing aids, Laila cannot hear the sounds of approaching cars which is very scary for her mother. But on the positive side, Laila now has access to the many sounds of life that help her to learn and thrive in her social and academic life.

Lauren is an advocate for testing children with the Sound Scouts app to identify unknown hearing issues. After discovering the app, she tested both her children and shared the results to her Facebook page. A school mum tested her child, who she was concerned had similar traits to those of Laila and the Sound Scouts app detected a mild loss in both ears due to glue ears.

I think back to the first tests Laila had, the technician was a stranger, the room and location were unusual to her, she had no understanding of the tests being performed or what was expected of her. [Sound Scouts] on the other hand is fun, interactive and developed to engage children who are used to colour, bright lights, cartoons, and digital activities.

Without regular hearing testing, children who struggle to hear can often be accused of being disruptive, naughty or inattentive. If a hearing loss is identified in a child, the right support can be provided at home and in the classroom.

“The frustrations, the fear and the worry that we experienced early on, is something no other parent should have to go through. Sadly, through our journey, I have learned that Laila’s experience is not uncommon, but with the introduction and support of services like Sound Scouts, we should see a shift in this.”