Lynell, a mother of 4, found herself in a state of shock when two of her children were found to have hearing loss. Harry, Lynell’s fourth child was diagnosed with ANSD (auditory neuropathy spectrum disorder), a hearing condition that makes up 10% of diagnoses for children with permanent hearing loss.

Harry’s diagnosis prompted testing of all the children which led to the family discovering that son William, who showed no signs of hearing loss, also had a hearing issue. William it seems had become a master of disguise, perfecting the art of lip-reading.

Lyn, known as motherhood.moments_ on Instagram, tells us about her journey with both sons, and her advice for all parents. 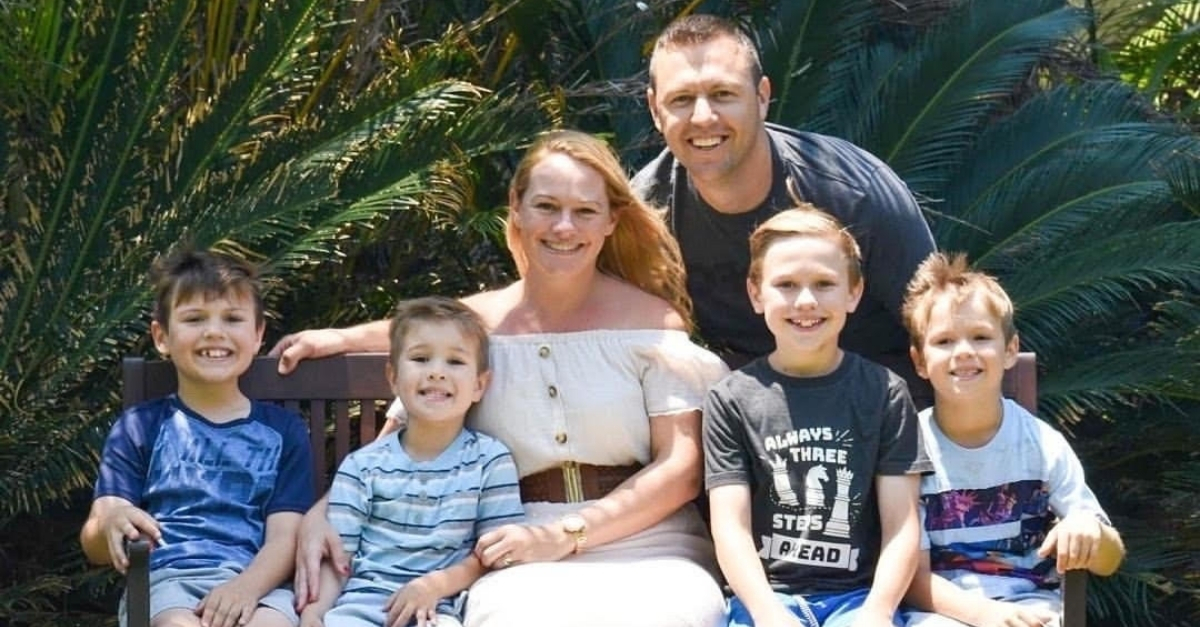 When Harry was born, he was baby number 4. When they started his newborn hearing screen, I took it in my stride. It wasn’t long till I realised the screen was taking longer than it did with our other 3 boys.

I remember being in a bit of shock. The nurse had calmly and reassuringly told me that his right ear required a referral to an audiologist for a more thorough check. There was no history of hearing loss in our family, I was scared because of the unknown factors.

We waited for 2 weeks, which felt like an eternity to see the audiologist. Watching my baby go through an ABR (Auditory Brainstem Response) while sound asleep in my arms was emotional and somewhat overwhelming. Not because it caused him any distress, he was perfectly content and fell into a deep sleep after a feed. In fact, he slept through the whole thing. It was more because I had no idea what was going on or what to expect.

Harry was diagnosed with a condition called ANSD - Auditory Neuropathy Spectrum Disorder. At the time, there was not a great deal of information I could be given about this condition because there were not many people that had it, and because it can affect each person differently.

I remember looking into his perfectly sweet little face and I said to him, we’ve got this.

I did my own research. I read EVERYTHING I could find on the matter to try and understand what we were potentially facing and, in the meantime, our whole family was asked to complete a hearing test. I was completely shocked when we were told William, who was 4 at the time, also had a hearing issue. A moderate to severe hearing loss in both ears.

‘But William passed his newborn hearing screen at birth. He could hear me!’ or so I thought…

William had so much fluid in his ears, he actually couldn’t hear us. He had learned to read our lips and when that didn’t work, he simply guessed what we were saying. Unlike Harry William’s condition, a middle ear issue was treatable. He had grommets inserted within a couple of weeks, and I remember him being so distressed at how loud the clock was ticking and that he couldn’t sleep because his pillow was crinkling too loud. Things I guess we don’t notice, but things he had not heard for a long time. In hindsight, we were very lucky that we were able to pick this up before he started school.

I remember him being so distressed at how loud the clock was ticking, and that he couldn’t sleep because his pillow was crinkling too loud.

After I had wrapped my head around Harry’s diagnosis and William’s grommets, I was armed ready for every hearing test.

You see with ANSD, as I said earlier, it can affect each person differently. Some are affected in both ears; some are affected in 1 ear like Harry. Some hear a static kind of signal and some can have a fluctuating hearing loss, from what I understand. With Harry, no one could tell us what exactly this would mean for him but I had a very firm course of action… I wanted to know everything I could as soon as I could. I’m sure I frustrated our specialists over those 3 years but they were very understanding and supportive of us on our journey.

When Harry was 3 months old, an MRI revealed a hypoplastic auditory nerve - while intact the nerve was narrow. So off we went to Hearing Australia where Harry’s hearing thresholds were measured. Testing over a period of 12mths revealed that he was hearing something which meant he could be fitted with a hearing aid. We continue to visit Hearing Australia for regular assessments.

I remember the look on his face when [the hearing aid] was turned on. It was priceless and something I will remember for the rest of my life.

As time passed, we took part in a lot of early intervention and his therapists have worked closely with both ourselves and his preschool to make sure Harry did not fall behind.

At our last hearing test, we did a new test where a “masking” static sound was played directly into his hearing ear and words were spoken directly into his ear with ANSD. To our amazement, Harry was able to correctly repeat 57% of the words he heard, potentially indicating that it was functional sound that he was hearing.

But was it a fluke? Does he have fluctuating hearing or is he hearing more than we thought? We just don’t know yet.

We go by how Harry feels each day. Some days he asks to wear his hearing aid and some days he doesn’t. We won’t know exactly what he is hearing in that ear until he can tell us, so we will continue to work with our doctors, specialists and early intervention team until we get there and then beyond.

It has been a very long road to get to this point. I remember those early days feeling so overwhelmed and impatient, not wanting to wait, wanting answers ‘now!’.

But at the end of the day Harry is a happy, vibrant and super outgoing 4-year-old boy, and if I could go back in time to give myself some advice, I would say:

- Slow down and breathe

- Answers will come in time

- Enjoy the newborn phase and every other milestone, it’s over far too quickly

- Everything will be ok

Sound Scouts is an app that can be used by parents to test their child’s hearing at home in just 8 minutes for ages 4 and up. Having gone through our own personal journey with hearing loss, I really wish I had access to this app back then. It is such an incredible resource and something I feel every parent should know is available to them.